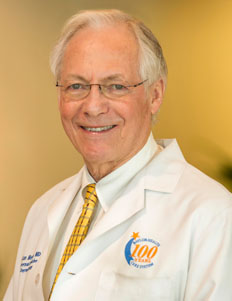 Abstract: The development of new biologic agents for the treatment of moderate-to-severe psoriasis has taken a major advance over the past decade. The original biologic drugs were the TNF- α agents, i.e. Etanercept, Adalimumab, Certolizumab and Infliximab, all of which were first approved, prior to psoriasis, for psoriatic and rheumatoid arthritis. Subsequently, after the advent of Ustekinumab, the only IL 12-23 agent, 6 new biologic agents, i.e. IL-17 and IL-23 antagonists have been approved for moderate-to-severe psoriasis, with excellent clinical efficacy as well as high quality safety.
In 2019, the American Academy of Dermatology along with the National Psoriasis Foundation published a full and lengthy review of updated Guidelines for the management and treatment of psoriasis with biologic agents. Three IL-inhibitors, i.e. Secukinumab, Ixekizumab, and Brodalumab, as well as three IL-23 inhibitors, Tildrakizumab, Guselkumab and Risankizumab were all fully discussed, along with clinical trial data of all 6 agents.
A number of then original biologic agents, i.e. the 4 TNF-α agents have now lost their patent protection with exactly equivalent biosimilar products available world-wide, at considerable (30-40%) price reduction.
Thanks to modern science, even complex molecules like the biologic psoriasis drugs can be developed as biosimilars today.

Committed to patients
Dr. Menter has a long-held interest in psoriasis and psoriatic disease research. In 1994, he co-authored the first gene discovery for psoriasis, published in Science in 1994. His research on psoriasis has examined everything from ultraviolet phototherapy, new biologic therapy to the mapping of genetic patterns to predict if a person is at risk of developing psoriasis pharmacogenomics.
In August 2004, Dr. Menter helped found the International Psoriasis Council to raise international awareness of psoriasis as a serious autoimmune disease that can significantly impact quality of life. His clinical practice includes more than 1,800 patients on systemic and biologic therapy.

Dedicated to research
Dr. Menter held the position of clinical director of the National Psoriasis Foundation Gene Bank from 1996 to 2002. His resume lists some 385+ articles, 6 books and 21 book chapters. He serves as a member of the editorial board for several medical journals, including the Journal of Clinical Dermatology and Clinical and Experimental Dermatology. He is Dermatology Chair at Baylor Scott & White, Dallas and Program Director our Dermatology Residency Program as well as clinical professor of dermatology at the University of Texas Southwestern Medical School in Dallas and professor at Texas A&M Health Science Center, College of Medicine.

Other accomplishments
Dr. Menter has been listed in the Best Doctors in America since 1994 and Who’s Who in Medicine and Healthcare since 1996. He also represented the South African National Rugby team, the Springboks, in 1968. In 2013, Dr. Menter received the Lifetime Achievement Award from the National Psoriasis Foundation. In March 2015, he received the Dermatology Foundation annual Clark W. Finnerud award at the AAD meeting in San Francisco. Dr. Menter also received the Preseidential Citation March 2016 and 2018 at the AAD meetings.

More details will be updated...